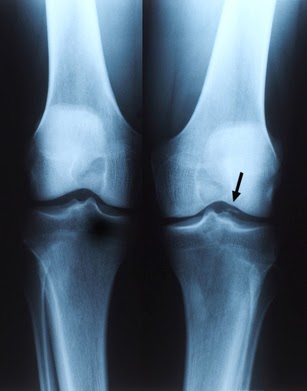 The New England Journal of Medicine recently published a Finnish study that found arthroscopic surgery for degenerative meniscal cartilage tears in the knee produced a similar result as a sham (fake) surgery.
With nearly 700,000 of these surgeries conducted each year in the U.S., what does this mean for patients?
Dr. Randall Schultz, orthopedic surgeon at Texas Orthopedics, says that while the study is extremely enlightening, it doesn’t entirely surprise him. And more studies need to be done before arriving to any conclusions. “Additional research still needs to be done to change recommendations across the board,” said Schultz. For instance, he says the study didn’t specify the types of degenerative tears present—important information for treatment recommendations.
“We’ve known for a long time that surgery isn’t needed for all degenerative tears,” Schultz remarked. He explained that many patients benefit from more conservative (non-surgical approaches) before going under the knife, something he practices with his patients.  “Generally we attempt weeks if not months of conservative management prescribing physical therapy, anti-inflammatory medications, activity modification and steroid injections before considering surgery.”
However, Schultz also says that there are instances when surgery is probably needed sooner – particularly if there is a mechanical abnormality interfering with the motion of the knee.
Another reason Schultz believes patients ask for surgery is because of a general misunderstanding of how meniscal tears are caused. “Many people think that it happens because of something they did and that a surgery will make it better. This is true in the younger population (under 30), but these particular tears are more of a cumulative wear and tear issue…something that occurs over time,” described Schultz. “What this study highlights is the natural progression of these tears may be to get better in similar fashion as surgery. ”
‘The power of placebo’ is interesting and future studies investigating their effect shouldn’t be ignored. “We are in an era where you have to practice evidence based medicine. It’s what’s best for the patient,” said Schultz.
A meniscus is a C-shaped pad of cartilage that cushions the knee joint. For a meniscal repair surgery, orthopedic surgeons use a camera and tiny instruments inserted through small incisions around the knee to shave away damaged tissue. The process is called arthroscopy which is a minimally invasive surgical procedure.
Keep up with Texas Orthopedics news! Follow us on Facebookand Twitter (@TexasOrthopedic)