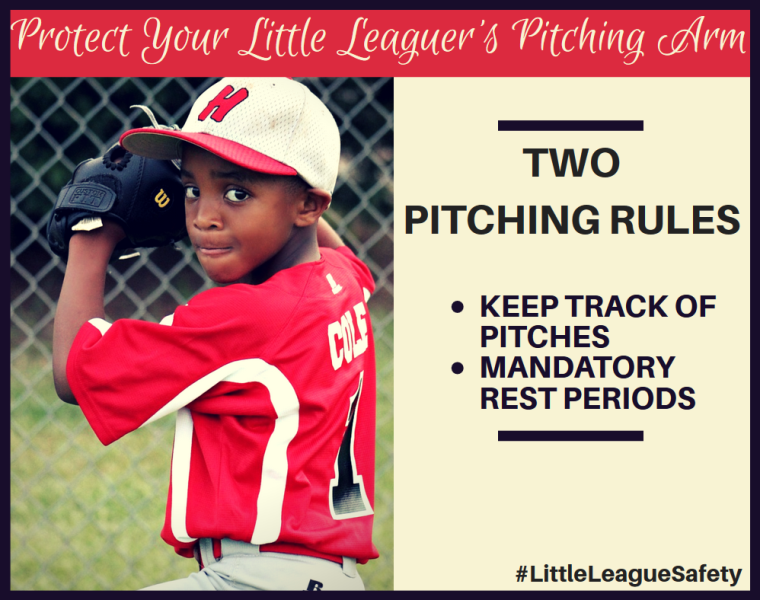 Springtime is here, which also kicks off the start of American’s favorite pastime, baseball season. Everyone from pro organizations to the pint-sized Little Leagues are winding up their pitchers and sending them to the mound.

Pitchers are known to suffer from overuse injuries to their elbows and shoulders. The constant repetitive motion of throwing over and over can wear down these joints and cause painful inflammation.

Little League baseball is protecting young pitchers from injury by strictly enforcing pitch count rules. First adopted in 2007, additional rules were added in 2010 and 2014 to reinforce best practice. The guidance defines the number of pitches a young player should throw in a game and how much rest he must take between pitching appearances.

The pitch count rules are proving successful so far. A 2011 study commissioned by Little League showed a reduction in risk of shoulder injuries by 50 percent in players ages 8 to 13.

#1 Keep Track of Pitches: Designating an official scorekeeper to track pitch counts. That person is also responsible for notifying the umpire-in-chief when a player has reached his pitch limit and/or provide current pitch counts for any player upon request. Youngest players (7-8 years) are allowed up to 50 pitches per day, while the older ones (17-18 years) can pitch up to 105 per day.

#2 Rest!: Mandatory rest periods foster proper muscle and joint recovery between pitching. The days of rest are dictated by the player’s age and the number of pitches per day (within the pitch count guidelines). A player fulfill the ‘days off’ before being eligible to pitch again.

The recent 2014 amendment addressed Regulation VI Note 3, stating that in the event the first inning was not completed, all records even pitching records, are to be disregarded.