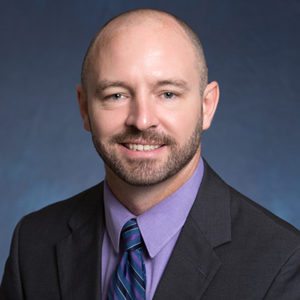 “To take someone who has had a traumatic injury or poor quality of life due to debilitating joint disease and get them back on their feet, and fairly quickly, is immensely rewarding.” – Dr. Zachariah Logan

Dr. Logan is a board certified orthopedic surgeon and completed his fellowship in Adult Reconstruction.  He has a particular interest in treating patients with arthritis and performing knee and hip replacements.  Dr. Logan is currently seeing patients in Cedar Park and Round Rock.

A native to Oklahoma City, Dr. Logan enlisted in the Army right after high school. After an initial training period in San Angelo, he was stationed in Fairbanks, Alaska as a Firefighter and EMT. The experience allowed him to return to Oklahoma and join the Stillwater Fire Department. He became increasingly interested in the medical aspects of his work, and set about getting his undergraduate degree with an eye toward medical school. When the years spent studying in the back of an ambulance or in between calls paid off, he attended medical school at the University of Oklahoma.

During medical school he chose orthopedics for the often demonstrably quick results seen with bone and joint surgeries. He completed his orthopedic surgery training at the University of Florida, where he served as a chief resident and garnered awards for his commitments to educating his peers. His sub-specialty training consisted of an Adult Joint Reconstruction fellowship at the Mayo Clinic campus in Jacksonville. This year-long training allowed him to gain experience in complex primary and revision hip and knee replacements, robotic-assisted surgeries such as the MAKOplasty partial knee and total hip replacements, and joint-preserving surgeries for vascular necrosis.

Dr. Logan is also one of the Texas Orthopedic team physicians that helps cover the Texas Stars Hockey games.

Dr. Logan has been recognized by his peers in 2020 and 2022 as a Texas Monthly Super Doctor Rising Star.

Dr. Logan will be the first to tell you that he would not have made it this far without his wife, Heather, and their three children. Outside of work, their numerous activities keep him busy, as he tries to carve out time to enjoy fishing, barbecuing, and occasional home-improvement projects.

Dr. Zachariah Logan sees patients at the Round Rock and Cedar Park offices of Texas Orthopedics. To make an appointment with Dr. Logan, please call (512) 485-0529 or schedule an appointment online.