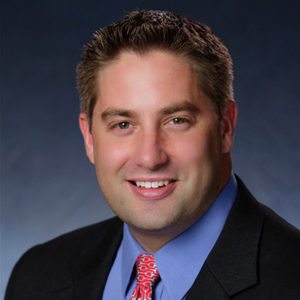 Dr. Christopher Danney is part of the well-known team of highly skilled orthopedic surgeons and sports medicine physicians at Texas Orthopedics in Austin, Texas. Because he has a special interest in sports medicine, Dr. Danney has helped countless high school and professional athletes recover from sports injuries with minimally invasive orthopedic surgery. He also sees and treats patients with work-related injuries, muscle pain, joint pain, and a host of other orthopedic conditions.

During his orthopaedic surgery residency at Duke University, Dr. Danney provided musculoskeletal care for the Duke basketball and football teams. He received the William S. Ogden Traveling Fellowship Award for the Outstanding Junior Resident. Dr. Danney serves on the Board of Directors at Texas Orthopaedic Association in his role as treasurer and secretary. Dr. Danney is also one of the Texas Orthopedic team physicians that helps cover the Texas Stars Hockey games. He has been named by his peers to the Texas Monthly Super Doctors Rising Stars list in 2012, 2013, 2014 and 2017.

A native Texan, Dr. Danney grew up in Boerne, near San Antonio.   He obtained his undergraduate degree from the the University of Texas, in Austin and proudly played football for the Longhorns, lettering in 1997.  Following his orthopedic training Dr. Danney returned to Austin and the Texas Hill Country with his wife, Melissa. Dr. Danney is actively involved with his four sons and enjoys golfing and traveling.