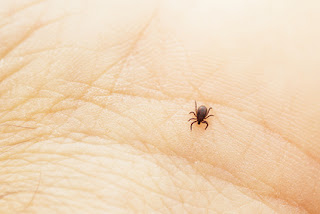 If you’re experiencing achy joints, the culprit could be any number of things, like the effects of our unpredictable weather in Central Texas, or a common inflammatory condition known as arthritis.  But it could also be something else.
Here are eight possible other sources:
1. Osteoarthritis
Osteoarthritis is the most common form of arthritis and affects more than 20 million people.  It develops when cartilage between joints breaks down and triggers aches, pain, and swelling.  You are especially at risk if you’re overweight or have overused joints, like from playing a certain sport for many years.
2. Psoriatic arthritis
Psoriatic arthritis results from an autoimmune reaction whereby the body’s immune system attacks joints causing painful inflammation. It often accompanies an inflammatory condition of the skin known as psoriasis.
3. Rheumatoid arthritis
Rheumatoid arthritis typically affects small joints in the hand and wrist. Sometimes, tiny red bumps, or nodules, appear under the skin just above the inflamed joint areas.  These aching joints will often feel warm to the touch.
4. Lupus
Lupus is another autoimmune condition that causes swollen and stiff joints. Aching joints are often the first sign of this disease, with the extremities being the most frequently targeted.
5. Gout
Gout is another form of arthritis characterized by acute pain, normally starting in the big toe. The inflammation in the toe then travels up to other joints in the body. Gout is caused by high levels of uric acid in the blood (present in foods such as liver, turkey, red meat, and alcoholic beverages).
6. Lyme disease
Lyme disease is a tick-borne illness that can cause  joint pain. It’s often an immediate reaction to an insect bite along with a distinct bulls-eye skin rash. Seek medical attention immediately if you think you’ve been bitten by a tick.
7. Hypothyroidism
Hypothyroidism is due to an underactive thyroid gland, mostly found in women. Symptoms include joint pain and stiffness, carpal tunnel syndrome, or redness and swelling at the joints.
8. Fibromyalgia
Fibromyalgia can cause sudden bouts of muscle pain, fatigue, or aching joints and is most often felt by women who are overweight and those already suffering from arthritis or lupus.
While healthy diet, exercise, and lifestyle changes can go a long way in treating aching joints, sometimes anti-inflammatory or other medications, as well as joint replacement surgery, may be necessary to alleviate the pain.
Contact us if you need for more information about joint pain.
(Adapted from Health.com)
Keep up with Texas Orthopedics news by following us on Facebook and Twitter (@TexasOrthopedic).