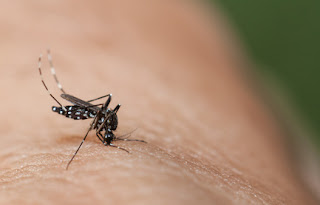 The global buzz surrounding the Zika virus has been epic, with its potential impact on the upcoming Summer Olympics (Rio de Janeiro, August 5-21) being played out in the world news daily.
Although Rio has come under intense scrutiny for many other issues related to the health and safety of athletes and spectators, it is the Zika virus that has proven to be the most worrisome.
The virus is primarily spread to humans from a bite via an infected mosquito. It is also transmitted through blood transfusions, sexual intercourse, and pregnancy. Brazil, and most of South America, have proven to be a rampant breeding ground for these infected mosquitos.
While typical Zika symptoms are relatively mild–fever, rash, joint pain, red eyes–it is the threat it poses to pregnant women and its harm on an unborn fetus causing many athletes to stay away. Most notable are several high-profile golfers who have recently declined to compete out of fear of contracting the virus during the many hours spend outdoors.
If Zika is transmitted during pregnancy, it may result in a medical condition known as microcephaly, characterized by an undeveloped brain and abnormally small head in newborns. While the Brazilian government and IOC (International Olympic Committee) have taken numerous precautions to protect athletes, many athletes are passing on the trip to Rio, feeling it is too strong a risk to take of either passing it on to their female partner or women contracting it themselves who might later wish to become pregnant.
To get the latest information about Zika, visit the CDC website at http://www.cdc.gov/zika/.
(Adapted from Stop Sports Injuries)
Keep up with Texas Orthopedics news by following us on Facebook and Twitter (@TexasOrthopedic).