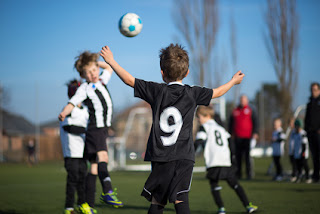 On any given weekend, or even most afternoons and evenings following school, you’ll find fields full of kids playing soccer throughout Central Texas. Soccer is a popular sport here year ‘round, but especially during the fall.
According to the two major national youth soccer organizations, there are close to 4 million kids currently registered as players across the country.
Just as the sport is reaching an all-time high in popularity, new research shows there’s a rise in injuries in young players.
Nationwide Children’s Hospital in Oho conducted a study on children’s soccer injuries, ages 7 to 17, spanning nearly 25 years (from 1990-2014).
Here’s what they found:
According to experts, one possible explanation for the rising number of injuries could be attributed to the sheer number of kids playing these days. More kids are involved in youth sports now over any other extracurricular activity…and kids are finding their way to the fields at an earlier age than ever.  The younger a child starts playing a sport, unfortunately, the greater the risk there is for injury.
To keep your soccer stars safe this season, encourage them to fuel up with proper nutrition, and warm up their bodies before each game or practice. And also, make sure that they get ample rest between games so their growing muscles and bones have time to recover.
(Adapted from Healthline)
Keep up with Texas Orthopedics news by following us on Facebookand Twitter (@TexasOrthopedic).