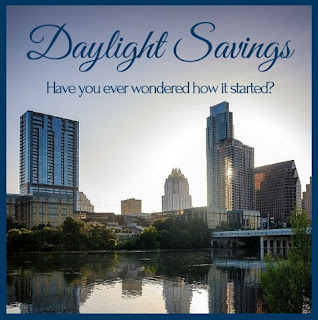 Yesterday, most of us gained an hour of sleep because we set our clocks back for daylight savings time. Have you ever wondered how this daylight savings practice came to be? “Falling” back an hour in the chilly months, and “springing” forward to welcome the warmer ones? Daylight savings is followed in most countries around the world, but not all of them.

It was first introduced to America, in an elementary format, by founding father and inventor Benjamin Franklin, following his post as Ambassador to France. While there, Franklin suggested that Parisians ought to economize on candles by rising earlier in the morning to take advantage of the daylight hours. While Franklin was not the first person to propose this idea, he brought it back with him to America in the late 1700’s. The modern format of daylight savings as we know it now was shaped at a much later date via input from many other scientists around the world.

So if you’re thankful for that extra hour of coziness under your covers in the dark you got yesterday, you can thank dear old Ben for it. Or… if you don’t like it, you can consider moving to a state or U.S. territory that does not observe daylight savings, including parts of Arizona, Hawaii, American Samoa, Guam, Puerto Rico, and the Virgin Islands.