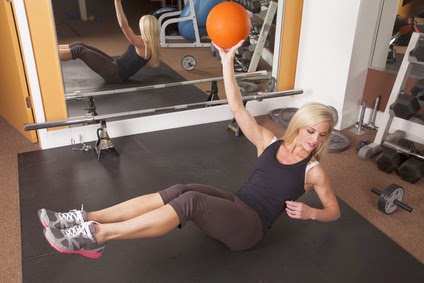 Aim high and think big. Whether it’s the Super Bowl, the Olympics or the World Series, the top athletes aim high. You can adopt some of the philosophies below and apply it to your every day workouts.
Focus on the day-to-day.
Of course, you aren’t going to hit your dream goal right away. And athletes know this too. The UConn Huskies didn’t automatically win the NCAA Championship in the first round; they had to battle through 7 rounds before they were the winners. And each round’s win built upon itself and gave the team momentum. When you’re trying to reach the dream goal, think the same way. Each trip you make to the gym is another win, but it doesn’t stop there. It’s just another victory to build your momentum.
Be an athlete all the time.
Everything you do and every choice you make affects the end goal. Just because the game is over doesn’t mean athletes like Maria Charapova stops being an athlete; it just means that particular game is over and it’s time to think about the next one. That can mean making the hard choice between staying in bed or getting up early for that boot camp class. If you’re thinking like an athlete all the time, it means you’re getting up for that class.
Use your imagination.
Athletes visualize spiking that winning ball or catching that winning touchdown, and those fantasies affect their reality. It’s all about overcoming obstacles and gaining control, so when you are faced with tough challenges, you know you can beat them.  Imagine what you want to see happen during your next workout to help set yourself up for success.
Talk to yourself.
Athletes don’t just think they’re winners, they tell themselves they’re winners. During a tough workout, athletes that use this positive reinforcement perform better and longer. Next time you are feeling tired and don’t think you can finish that run, tell yourself that you can and keep at it until you do.
Keep up with Texas Orthopedics news! Follow us on Facebookand Twitter (@TexasOrthopedic).