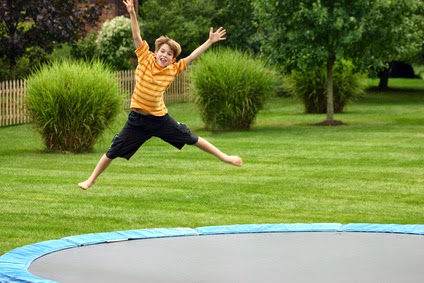 You can spot a trampoline on nearly every block in Central Texas. For parents, it’s a way for their kids to have fun, exercise (and get tired!) in their own backyard. For kids, well, who doesn’t love jumping like a circus acrobat!

There is, however, a risky side to all the jumping fun. Trampoline accidents sent 288,876 people, mostly children, to hospital emergency departments with broken bones from 2002 to 2011, according to a recent report published in the Journal of Pediatric Orthopedics.

While less common, 4% of fractures involved the spine, head, ribs and sternum – which can be extremely serious and often have long term consequences.

Like any exercise or game, trampolines are fun until you suffer an injury. What can you do to prevent one from taking place in your backyard? The American Academy of Pediatrics suggests five safety precautions for preventing injury: