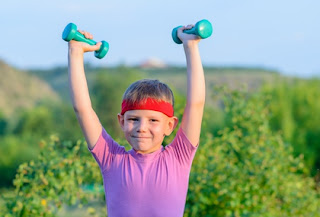 Much like “carb-loading” before a big race to fuel you up later on, a new study shows that frequent exercise early in life can be “stockpiled” to benefit you down the road.
A recent report published in Medicine & Science in Sports & Exercise compiled fitness data from a group of Olympic track and field athletes over nearly fifty years.
Twenty-six men were tested extensively before the 1968 Olympic trials on their aerobic capacity, or VO2 max. At the time, they were all in their early twenties and performed excellent on the tests—at or above the 98th percentile for average men their age.
The same tests on 22 of these men were conducted both at 25 and then 20 years later, and here’s what they found:
Texas Orthopedics believes that staying active is essential in everyone’s life, no matter what your age. The better you are at establishing a good fitness routine in your younger years, the easier it will be to stick with it as you get older.
Physical activity later in life also helps to keep muscles and joints healthy, strong, and flexible while fending off debilitating conditions like arthritis/osteoarthritis and preventing traumatic injuries like broken bones and fractures.
Keep up with Texas Orthopedics news by following us on Facebook and Twitter (@TexasOrthopedic).
(Adapted from The New York Times-Health)