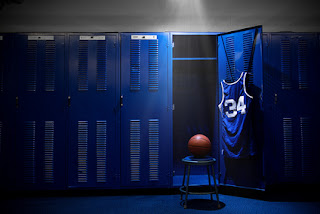 The spring sports season is underway, and then summer will be here before we know it. However, a whopping 45 percent of high school students continue to play sports, and specifically the same sport, right through summer making it a year-round commitment.
A new study recently shared by the AAOS (American Academy of Orthopaedic Surgeons) examined the growing trend among student athletes to specialize in just one sport early on, as early as high school. This is earlier than the current generation of collegiate and professional athletes claimed to do so by two whole years.
This early specialization at a young age is leading to a higher rate of musculoskeletal and pediatric and adolescent overuse injuriesdue to their still-developing bodies.
The study, involving more than 3,000 athletes at the scholastic, collegiate, and professional levels, also showed that:
Perhaps the most telling tidbit from this research was that only 22 percent of professional athletes would want their own kids to pick just one sport to play during childhood and adolescence.
We encourage parents to expose their child athletes to lots of different sports to see what they like. Remember to switch it up for them each season, and take a break between activities so their bodies can properly rest and recover.
Don’t forget we have same day appointments and after hours care, if your child does experience an overuse injury.
(Courtesy of AAOS)
Keep up with Texas Orthopedics news by following us on Facebook and Twitter (@TexasOrthopedic).