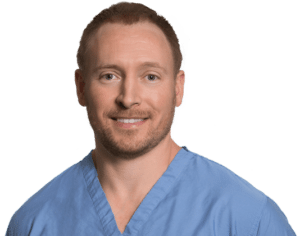 He fell into a coma for 10 days and doctors told his family to say their goodbyes to him.

Miraculously, he woke up from the coma but his lower legs, and his feet in particular, were severely infected by gangrene.

Initially doctors said they had to amputate his legs just below the knee. His primary care physician suggested he get a second opinion.

That’s where Dr. Kris Stockton came in and informed him about a special procedure known as limb salvage surgery.

Limb salvage is an intricate procedure that replaces a diseased or badly damaged bone and then surgeons reconstruct the functional limb. It benefits patients with:

Dr. Stockton was able to skillfully save most of Diego’s lower legs by amputating just at the ankles. He now has his mobility back and sense of normalcy, with the help of prosthetics and orthotics. He even goes to the gym and mows the lawn.

Dr. Stockton is one of only a few physicians in Central Texas who perform limb salvage surgery. He urges all patients forced with the prospect of amputation to get second opinions before making a decision, especially diabetics.