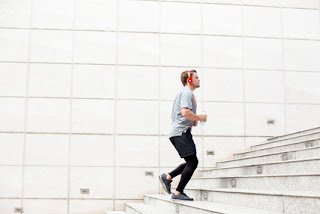 One of the most popular athletic garments these days – available in an endless array of fashionable hues and patterns – are compression tights. But, do they boost runners’ performance, as the manufacturers claim?
Many runners say, yes. Researchers at the Ohio State University Wexner Medical Center recently set out to test this theory about the effects of compression tights on running. Their results were presented at the American College of Sports Medicine’s annual meeting last month.
They evaluated twenty experienced runners who were asked to complete treadmill runs on two separate occasions–first wearing regular running shorts followed by compression tights.
Body movement and muscle vibrations were recorded to determine which clothing led to a greater exertion.
Results showed that the muscle fatigue registered for both types of clothing was about the same, indicating there is little scientific evidence that compression tights actually lead to a more intense workout.
But, don’t stow away those compressions tights just yet. Researchers say to keep wearing them if you like them. There is a mental boost associated with wearing something that feels good when you put it on, which often translates to a longer run or harder work out in the end.
(Adapted from CNN-Health)
Keep up with Texas Orthopedics news by following us on Facebook and Twitter (@TexasOrthopedic).