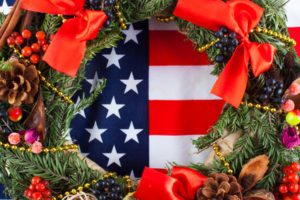 Whether you celebrate Christmas, Hanukkah, or Kwanza at this time of year, there are a few common themes found throughout these holidays: gift-giving, preparing special foods/meals, and spending time with family and friends.

According to the Pew Research Center, here's a snapshot of Christmas and the holidays in America:

We wish you a very Merry Christmas and the happiest of holidays from Texas Orthopedics!