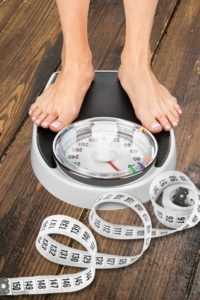 Make no bones about it, the condition of our bones may now actually affect our body weight. Stronger, denser, and surprisingly, heavier bones, have been shown to contribute to a more controlled appetite and a subsequent lower number on the scale.

A recent study published in Proceedings of the National Academy of Sciences evaluated both rats and mice and the responses their bodies had when implanted with tiny weights.

Weighted implants were inserted in to the animals’ abdomens equaling 15 percent of their entire body mass, while some implants were left empty.

The animals were first observed two days following this procedure, and they found that those with the weighted implants were eating less. Two weeks later, these same animals exhibited a slight reduction in body weight.

Scientists suggest that their tiny bodies sensed a sufficient body mass with the added weight, thus signaling to their brains to slow down on eating.

Those with the empty weights continued to eat at the same pace.

Once the weighted implants were removed, the animals then began to eat more to compensate for the empty feeling. Although these results were just rendered on laboratory animals, it indicates as the researchers had hoped, that there exists a correlation between solid weight present in the body (bones mass) and appetite/hunger.

Stronger bones fueled by calcium, Vitamin-D, and plenty of weight-bearing exercise will weigh more than less-dense bones that are weak and porous due to calcium-deficiency, advanced age, or a more serious condition like osteoporosis. Many who suffer from osteoporosis are unfortunately susceptible to being overweight and obesity.

At Texas Orthopedics, we encourage better bones through healthy diet and exercise, and supplements as needed.

If you want to learn more about your current bone density or likelihood of osteoporosis, please contact us to schedule a bone density exam or an appointment with one of our specialists.

(Adapted from The New York Times-Well)