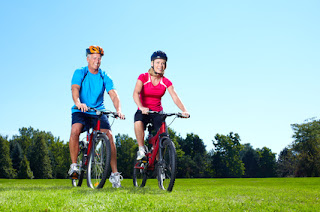 In Austin, it’s not uncommon to see cyclists whizzing past you on any given road at any given time of day. While biking is a great form of exercise, there are some risks associated with this popular pastime, especially for adults.

A recent study published in the Journal of the American Medical Association reported that injuries among adult cyclists have risen steadily since 1998, with the largest increase among adults over 45 years old.

Data was collected from 1998 to 2013 from approximately 100 emergency rooms nationwide via the National Electronic Injury Surveillance Systems. Highlights include:

This rise in injuries is due to a few reasons: More cyclists on the road and more are traveling in urban areas, which tend to have traffic congestion and other road dangers.
Here are a few reminders to keep you safe, no matter what your age: