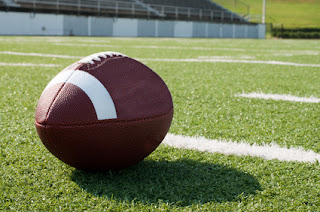 It’s mid-August and besides scorching temperatures, you know what that means – football season is here! And while we all get excited about football, we’re also starting to see a lot of injuries at Texas Orthopedics in August like sprains and strains, fractures, and concussions.

Full contact with another player is the main reason for these injuries, but another culprit is the actual playing surface – specifically artificial turf. While some high school fields around Central Texas are still natural grass, many are artificial.

AOSSM (The American Orthopaedic Society for Sports Medicine) recently shared results from a study that looked at football injuries as they relate to the infill weight of artificial turf.

Infill is the material that literally fills the gaps between the blades of artificial grass. A higher turf infill weight provides more cushion, or padding, for players when they hit the ground.

Researchers evaluated 52 different high schools spanning five sports seasons (2010-2014). Infill studied was made up of sand and/or rubber, and was measured in four separate categories based on pounds per square foot.

The key recommendation from the study is that high school football fields made up of artificial turf should contain a minimum of six pounds per square foot of infill weight to optimize player safety.

AOSSM and it’s STOP Sports Injuries initiative is dedicated to the prevention of traumatic and overuse injuries in youth athletics.